The following is paraphrased and edited from my phone interview with Valentina.

First and foremost, please tell me a brief background about yourself and one interesting fact.

I’m a freelance journalist and was based in Los Angeles for eight years, I’ve just relocated to London to begin a two-year Masters program in Creative Nonfiction and will be writing my first book. The first seven years of my writing career were spent reporting primarily on the entertainment industry, films, TV, actors, directors, and the business of the business. About a year and a half ago, I decided to become a digital nomad and focus more on travel writing. I still write about entertainment, but travel stories afford me to write about different cultures, food, drinks, adventures and people I’ve encountered while being a nomad. As for hobbies, it really is just travel, I’m extremely lucky to be able to make a career out of it. Eating is another hobby, and I also love the beach. I don’t enjoy being landlocked, unless it’s in a jungle treehouse hotel, but even then it should at least have a pool or hot tub.  don’t know if this is an interesting fact, so much as it is terrifying, but I have been bitten by dogs pretty majorly times and I’ve nearly drowned twice.

On your website, it says that about a year and half ago you just packed your bags, left all your belongings and became a digital nomad. Why the move? What was the motivating factor?

Growing up, I thought I was going to be a lawyer. I worked very hard toward that direction, but halfway through my undergraduate career, I didn’t want to be a lawyer. I didn’t know what I was going to do, but I dropped out of school and moved west. Despite leaving the program, I ended up working at a law firm, I used that time to really hone in on my writing skills and worked as a legal secretary and then paralegal. I don’t regret it at all since it helped me pursue a path as a full time writer. Over the years, I lived in San Diego, Boston, New York, a stint in London and an island in Greece. But, I was feeling disenchanted with Los Angeles. I didn’t want to “permanently up and move somewhere, to” go to another city, get an apartment, set it up, and pay rent every month. I needed to not do that for a while. So I rented a storage unit to my apartment stuff, just in case I wanted to come back to LA or move another city, I could. After that, I booked the cheapest flight to Europe, which happened to be to Dublin over the spring and summer of 2016. As an American you can go to Europe for three months without any special paperwork. There are ways to stay longer, but that’s another part of being a digital nomad, learning these useful tips and tricks. My main motivation was not wanting to stay in LA any longer and to expand my writing. I didn’t want to just write about celebrities, I wanted to write about people around the world. I knew to do that, I had to go to those places, wherever they may be. It just wasn’t something I could do from my apartment in West Hollywood. 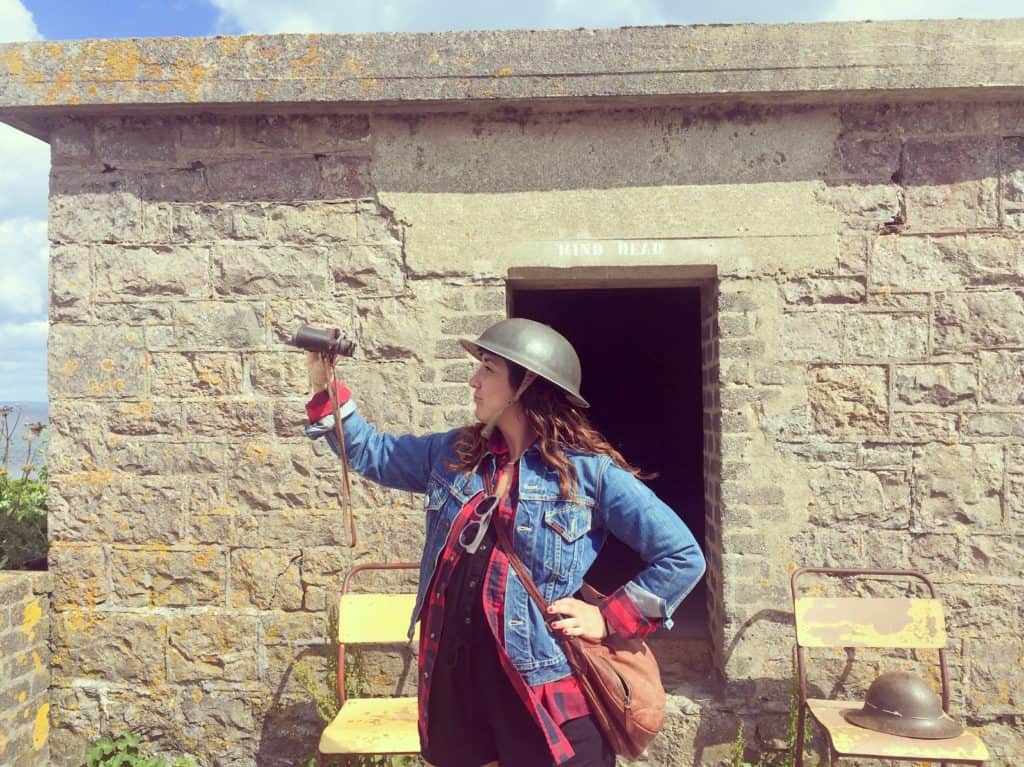 Did being a freelance journalist help that transition to being a digital nomad?

Being a freelance writer for eight years has helped the transition tremendously. Areas a freelancer, I’m a one-woman show. I do everything: accounting, legal work, following up on invoices, getting paid, researching, looking for more work, talking to people, chasing leads, and we haven’t even gotten to the actual writing part yet. All of these skills are essential to becoming a digital nomad, especially being open, and for a lack of a better term, on top of your shit. You also have to be a great time budgeter. I’m not saying, “Oh from 8-10, I have to write, and after that, do this, and then this,-” but you have to be organized enough to have spreadsheets showing when your money is coming in, who owes you money, and follow up to receive that money. At the same time, you have to pitch new stories and chase new stories. Freelancing and nomad-ing are quite similar.

This may be very specific to me, but I have a hard time under-packing; I always overpack. Usually I bring too many shoes. If you want to be a nomad, you really have to try to get that down. I think I’ve gotten better, but I like my clothes and shoes and being prepared for any situation. I know digital nomads that only have one pair of black jeans, a white T-shirt, and boots. I don’t have that staple outfit. I like to wear a lot of different outfits, so it is a really personal challenge. It shouldn’t be difficult for most people, especially not for guys. The other big challenge I have is keeping up with relationships, not just romantic relationships, but friendships and family relationships. That’s probably a more universal nomad problem.

How has working remotely affected your relationships you’ve had with your family and friends?

A lot of people just don’t understand when you tell them that you’re just going to travel the world for a little bit; that you’re going to a bunch of different places, and you might not necessarily have a plan for each of them. Oh, and that you don’t know when you’re going to see them again. Honestly, I think a lot of it stems from envy. Even though your friends and family love you, they might be a little jealous that you are doing something like that. But when you come back home, people want to see you and you want to see them. Lately, I’ve been finding myself cutting down on the number of people I see each time I come back. Sometimes you just end up drifting apart, and it’s not always on purpose. You’re the one out traveling, you’re adding people to your life, they just happen to live in Sweden, South Africa, or Newcastle. When I was growing up, I didn’t have Facebook, but it’s such an easy way to stay in touch with people now. I actually met my current partner last year during my travels and we maintained a very successful long distance relationship, where he lived in northern England and I lived everywhere. I’m able to travel to see him and and he traveled to LA one time to see me.Part of the reason I’m moving to London next is to be with him more, but it is not going to stop my travels.

It has to be the people; meeting new, interesting, and cool people and being able to learn from them. It could be a crazy chef in Montreal or an old woman in Portugal, regular people just like you and me. But to be able to be in their life for just a minute to share that moment is very exciting. It’s incredible to think that some people have never left their own city, or their own country. They’re missing out on so much. And I understand that I am very privileged to say that; to be able to to be able to hop on a plane and go anywhere. I’m not wealthy by any means, but since I’m an American, my passport will get me almost anywhere. Those privileges allow me to travel the world and meet these other people. The people I’m meeting don’t have the same privileges and me coming to them gives a lot of meaning to both of our lives. Maybe they’re not able to get out of their town, not even due to a lack of trying. It could be a tiny town in Peru or Appalachian town in West Virginia. Those two people are at the bottom of the rung when it comes to privileges and can’t get out. But if a few people can get out there, meet these people, and write about it, I think it’s really important and that’s what I want to do. But despite the downsides like living out of a suitcase and a lack of a routine, there are way too many upsides to traveling and meeting new people to not do it again. So yes, I would definitely do it again for sure.

What is your favorite place/experience you’ve had as a digital nomad?


It’s funny that we were just talking about privilege, so I feel a little bad talking about it, but what the heck, I deserved it after a year of pitching my ass off. Last November I was in New Zealand. I was on a luxury press trip and we had a day-long excursion in Range Rovers and helicopters, going over the tops of mountains, cliffs, and down gorges. The helicopter took us up to a glacier lake on top of a mountain overlooking Lake
Wakatipu in Queenstown. At this small, perfectly clear, absolutely freezing lake, there was a hot tub built into the side of it where I relaxed while eating caviar and drinking champagne. Afterwards, I got out of the hot tub and dove into the glacial waters, froze a bit and jumped back into the hot tub, to drink more champagne. It was incredibly luxurious and I couldn’t believe that is was actually happening. I could’ve been anywhere, I could’ve been a lawyer, logging through paperwork, but instead, I was having an experience like nothing I could have dreamed of. 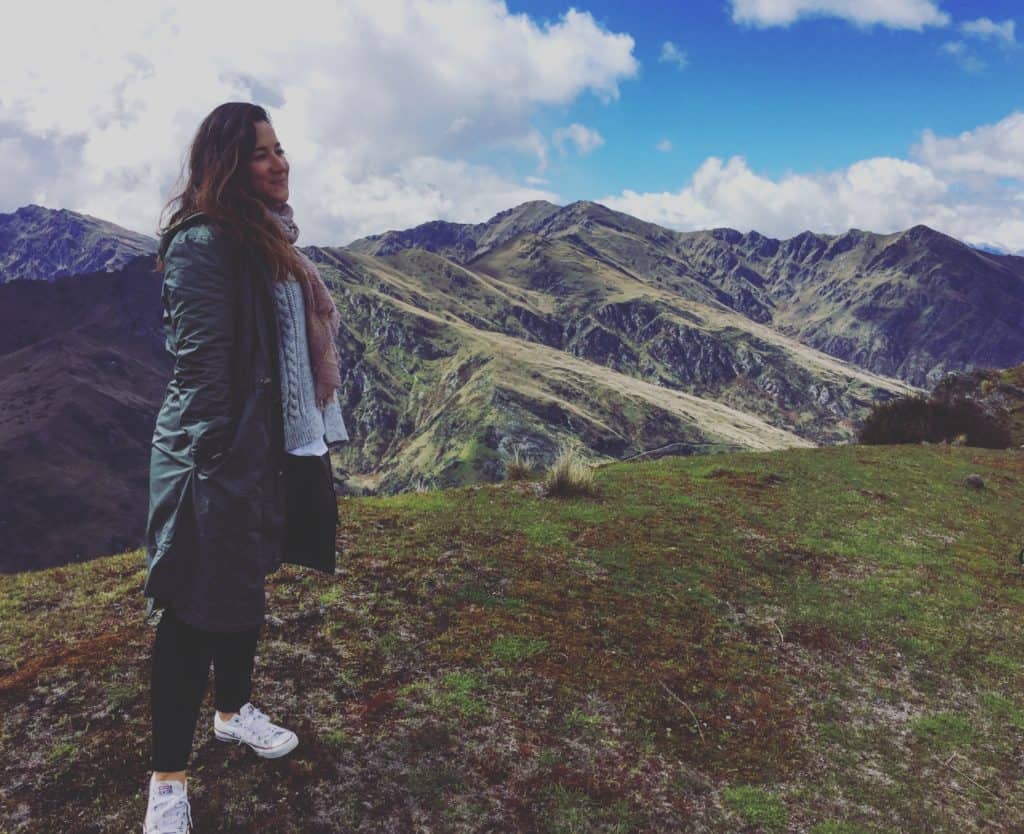 Do you have any final advice for wanting to become a digital nomad, working remotely or becoming location independent?

My advice would only be specific to freelance journalists, since that is where I’m most qualified. When it comes to journalism, or selling your writing, my best advice is don’t do it. Haha. Not right now at least. It is a terrible market at the moment. Ok, that’s terrible. I guess my advice isn’t, ‘don’t do it’, but maybe it’s more like, ‘diversify.’ If you’re working remotely as a writer, maybe you have something else you can do as well, such as farming in different places that you go to, doing some graphic design work, or designing websites, ESL (English as a Second Language) teaching, etc. I know someone who travels the world dog-sitting. Do something on the side in these different places while trying to write too. The money you make back from selling your writing is minuscule to what you will spend on travel.